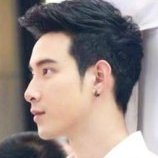 Top Posters In This Topic

I meant impress her with his flower knowledge. My family owned a flower shop so from first hand experience I know that not many men knows what 9 roses stand for. It's such a very specific arrangement not just a random bunch of flower put together. And Preaw have said she doesn't care for the grandness of gift. She prefers the sentimental value and effort that was put into it. She seemed to be impressed with it. Lol If I can recall on top of my head, 3 roses = I love you, 7 roses = I am infatuat

I didn't assume that they're not serious because I believe Selina's words. LMAO I said so because of the duration of their short-lived relationship. Being with someone for less than 3 months is not considered a serious relationship. I only have one relationship that lasted a few months and I definitely don't consider that as being serious. It's the getting to know each other stage. Not even long enough to go steady and be committed to each other long term. Lol Nah! I'm waiting for her to snap